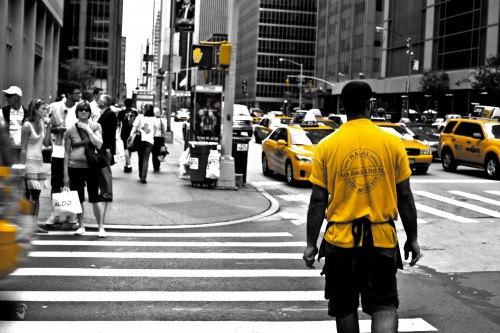 Eco-Halal: how food brands can market to Muslims

This article first appeared on www.ogilvynoor.com
If you’re serious about talking to Muslim consumers, then one of the first things you need to understand is the meaning of the term halal.

In colloquial parlance, the term halal is used in reference to meat that has come from an animal slaughtered according to Islamic prescription, which is remarkably similar to – although not identical to – Kosher guidelines.

Products must also exclude ingredients that are forbidden to Muslims, like alcohol and pig-derivative products. Halal means “permitted.” The opposite is haraam, “forbidden.”

Hajj: Journey to the Heart of Islam

This article was first printed in emel, Issue 90: March 2012

Hajj, the fifth pillar of Islam, is the only practice of Islam non-Muslims can’t experience for themselves. It is significant therefore that the first ever exhibition on the Hajj pilgrimage opened at the British Museum. A space has now been created to tell one of the many beautiful practices and stories of Islam in an accessible and visual way.

Hajj is a religious duty every Muslim must undertake, if they are able to, at least once in their lifetime. Hajj occurs in the month of Dhu’l-Hijjah, the last month of the Islamic calendar, and involves a series of rituals, which take place in and around Makkah over a period of five to six days. It is both a deeply personal as well as communal practice. In the exhibition we are reminded therefore of the story of British explorer Richard Burton who managed to disguise himself as a Muslim pilgrim in order to join the Hajj and enter Makkah in 1853.